Our campaign for disabled children in advertising 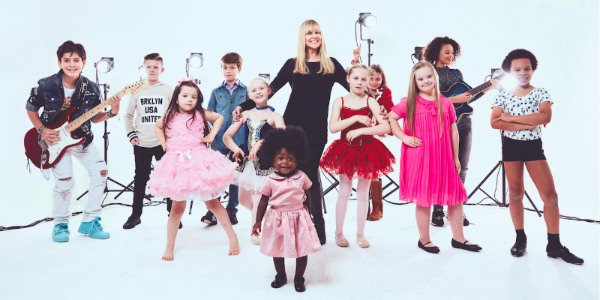 After over a year of capturing the day to day lives of our agency & kiddies, we are proud to announce the launch of our TV show The Tiny Tots Talent Agency. Following the exciting day to day lives of our agency and many of our mini models, the show addresses many issues, including a big personal passion of ours...'models with disabilities'. Two Four Production handled this documentary better than we could ever have hoped for, tackling the different topics with respect and honesty whilst also adding the inevitable clips of humour which you would typically come to expect when working with kids!

Huge thanks to everyone at Two Four Productions & Channel 4. We will miss you heaps.

Following the huge UK success, it went on to air in Europe and Australia too!

Our TV show The Tiny Tots Talent Agency, aired in April-May 2016 and was hailed as a must-see series on Channel 4 and rated 4 stars in the TV guides & press.

The 1st episode was watched by over 1.1 million viewers in the UK with viewing figures increasing with each episode (excluding catch-up, repeats & youtube!). We were even trending 7th on Twitter throughout each episode, how crazy is that!

The series took viewers behind the scenes at our agency to meet our amazing kids, parents, clients and of course agency staff.

The show was aired on ABC in Australia throughout May and also airing across Europe. The whole series also repeated during October the same year.

It doesn't get much bigger than that!

Bizzykidz are extremely proud of the show and equally grateful to everyone involved.

Our first episode featured baby Ornella with her amazing Afro securing her first break shooting for Sophie Webster designer shoes, Millie the daughter of Bucks Fizz member chasing her dream of appearing in the West End, Cenk one of our agencies most popular boys & Tyreek the mini youtube sensation who came to us as a client & booked all Bizzy Kidz for his latest video.

Since filming we secured Millie's dream casting to appear in Matilda in the West End, which was a lovely achievement. Fingers tightly crossed for her, she is so perfect for this role!

Cenk continues to impress clients, getting booked by clients at every audition he attends.

Tyreek was taken on by the agency, so is now a Bizzy Kid and within a few weeks appeared with 3 of our kids in the Rudimental video for the song Lay It All On Me Feat. Ed Sheeran. 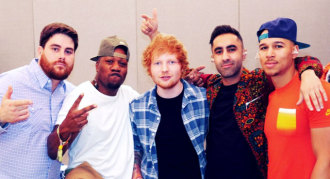 Music Video - Lay It All On Me

This video featured 3 of our amazing Bizzykidz Talents. An fabulous opportunity for our boys to work with some of the best in the industry, giving them memories they will treasure forever. Well done!

Episode 2 tackles the issue of siblings within the industry. We introduced the viewers to our bizziest siblings Agatha & Lydia and followed Lydia through the process of securing her place to tour with Sounf of Music. We also saw 26 of our kids filming for a Zombie film including Bronte & her sister Oriana who we were so pleased secured a role too,  Little Lacey secures her first shoot at a seaside location and her brother Kieran is also booked for the job. 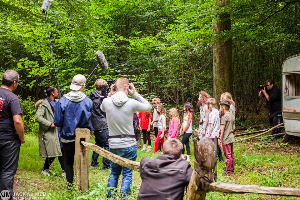 19 of our kids appeared in this film, all ready to go out for Halloween. Amazing makeup, costumes (and food!) involved with this one. The kids loved filming this despite the weather, which also helped to set the scene. Cracking job kids and crew!

Episode 3 attracted the highest viewers so far and featured a high end brand auditioning all Bizzykidz with Ava confirmed to shoot in Berlin, then spotting her campaign on a huge billboard at Westfield Shopping Centre. There were also agency auditions at Bizzy HQ for our agency's Elite section, which introduces newcomer Callum & Vlad who despite enjoying singing, really wanted to be an ideas man for Microsoft. We also meet the lovely Amy who gets a wonderful confidence boost.

Following the show we were contacted by none other than Microsoft with an offer for Vlad to visit them! Not only was it amazing that they saw the show, but what a fab opportunity for Vlad.

The final episode in this series tackled children with challenges & disabilities working as models and the ever growing 'Real Families' side to the industry .

We worked very hard to market our little cuties to clients and finally make a break through when Mia, who has Down's Syndrome was booked by our client Girl Talk Magazine. She showed that everyone can do whatever they want if they enjoy it and have fun!

We also met lovely Jack, who suffers with autism and against the odds won a scholarship with Pineapple Studios.

Zak makes a comeback after a 2 year break from the agency due to confidence issues and teams up with his family to compete against 50 others to win the amazing opportunity to go on a £8k family holiday to the Dominican Republic for the Family Traveller / Club Med holiday shoot.

Unfortunately he wasn't confirmed for this job, but the client particularly loved him which changed his mind on whether or not to continue with his modelling career.

We met lots of our fab families for this audition, which saw our 'Anchor Butter' family The Blackman's secure the gig.

What an amazing episode to end on.....absolutely perfect!

We have handled 100's of TV commercials this year already, but the Disney Frozen TVC which aired in the run up to Christmas has to be one of the most exciting for many reasons! Every little girls dream, and this certainly did make little Mia's (episode 4) dreams come true.